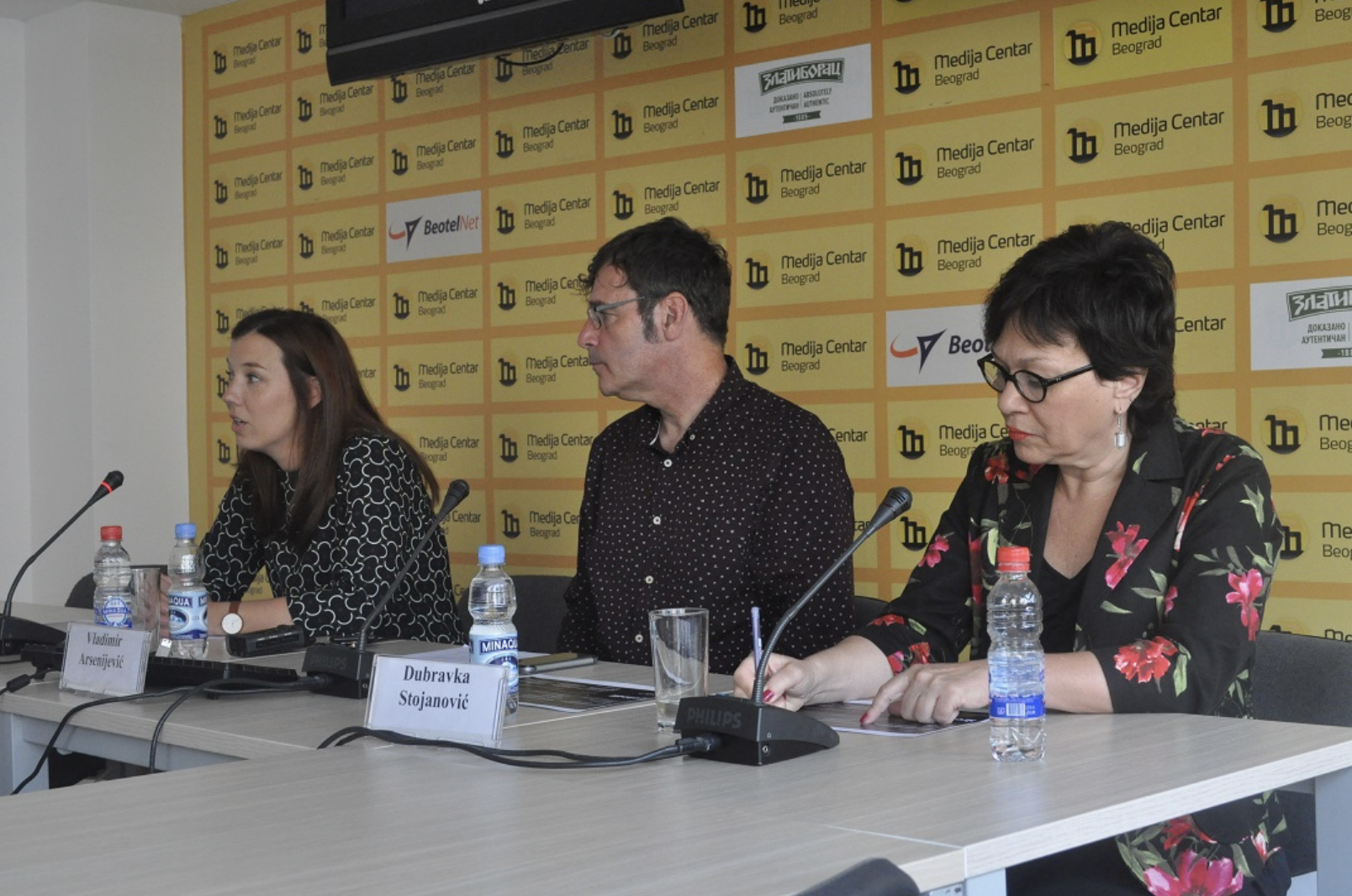 Posted at 12:52h in News by istoricari 0 Comments

The official announcement of the 10th KROKODIL Festival took place in Belgrade’s Media Centar, with Milena Berić and Vladimir Arsenijević from the Association Krokodil presenting this year’s Festival programme and its overall concept.  In addition, historian Dubravka Stojanović presented the first in the series of conferences that will be organized as part of the project “Who started first? – Historians Against Revisionism”.

Milena Berić opened the conference by presenting the Festival’s programme, said “This year, the Festival is celebrating its 10th anniversary, thus we put a great emphasis on the programme which – whilst having a retrospective character – has also been enriched with several new components.  Some of the most prominent names from regional literary scene, who also contributed to the development of KROKODIL in the past decade, will join us in the celebration of this important anniversary on 15-16th June, in front of the Museum of Yugoslavia. The Festival will be opened with a retrospective exhibition and a short film, entitled “Cruel Optimism – Our First 10 Years”.

“The 10th festival will have a retrospective character. We invited all authors who were with us in the past years, as well as a certain number of those who have not had opportunity to participate in the Festival thus far. We tried to make this year’s KROKODIL more spectacular compared to previous years, and in the spirit of this important anniversary, we planned an exhibition entitled ‘Cruel Optimism’.  At the opening of the Festival, a short film with identical title will throw the light on our various activities in the past decade”, continued Arsenijević, explaining that the very title of the film and exhibition reflects their impression of general atmosphere in which KROKODIL was taking place over these years.

“Our impression is that things we worked and are still working on have not produced expected results. We thought that many more ties would emerge in the region, at least in cultural sphere. Today, however, communication in the literary world is much worse than it was ten years ago”, argues Arsenijević. 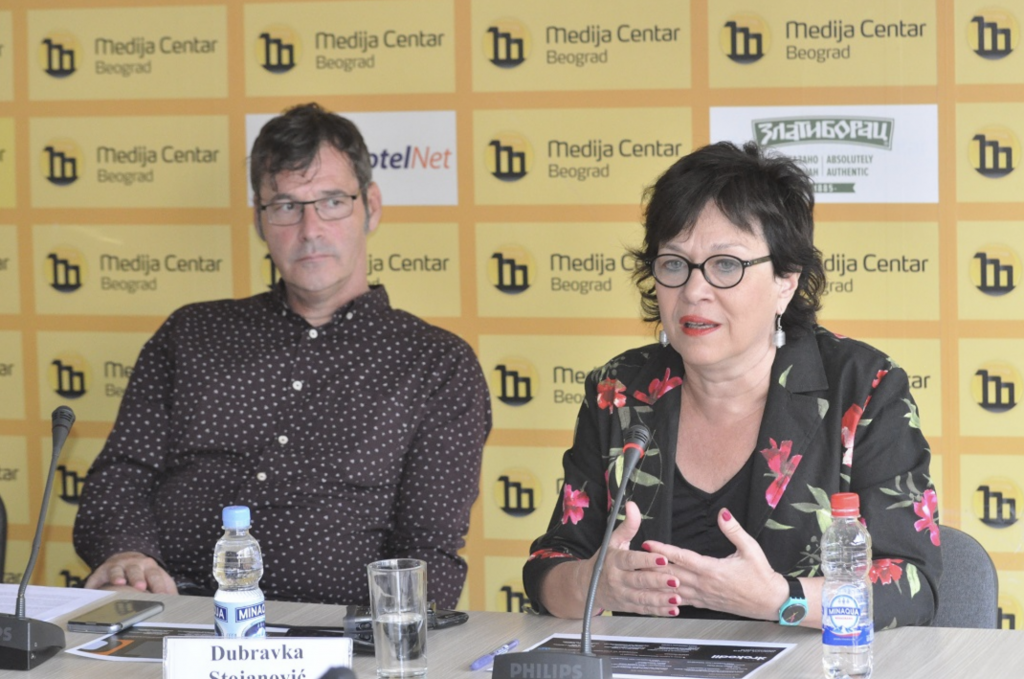 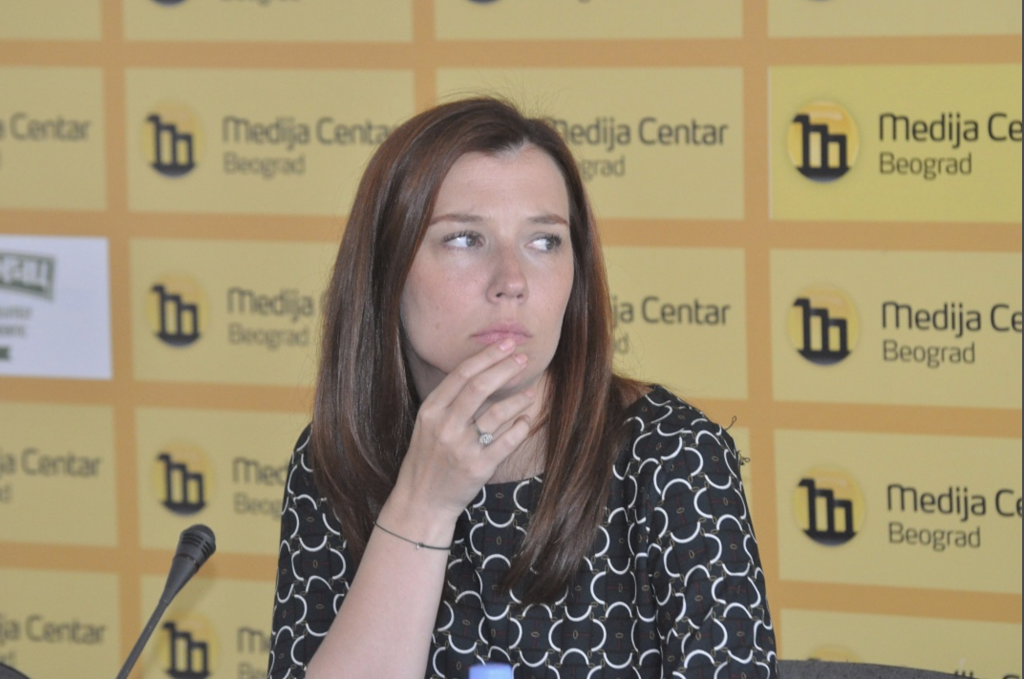 He also emphasized that, despite such atmosphere, the organization of this year’s Festival has been ongoing in a very optimistic mood and that the current circumstances are – if anything – prompting the organisers to pursue their objectives with even greater determination.

“We have a very dynamic programme, part of which will be taking place in amphitheatre of the Musem of Yugoslavia. We are talking about 2 festival evenings on 15-16th June, with some of the most prominent names. For instance, Mira Furlan is coming from LA, and other prominent guests are Vedrana Rudan, Marko Vidojković, Abdulah Sidran, Marko Tomaš, Rumena Bužarovska, Dejan Atanacković, this year’s winner of NIN Award. Another prominent guest is Boris Dežulović, whilst ‘Njuzbar’ from Zagreb, and ‘Njuznet’ and Zoran Kesić will entertain the Festival’s guests on both evenings. In addition, we will have the concert of Kralj Čačka and Bojana Vunturišević. All that will contribute to the richness of the programme, that is not reduced to literature only. Our deep belief is that underneath any form of creative work is a text”, concluded Arsenijević.

Milena Berić touched upon humanitarian aspect of the Festival, saying “We are particularly proud of KROKODIL’s humanitarian aspect, already for the third year.  Hemofarm Foundation, with which we have united forces since 2016 in the project THE MOST IMPORTANT CALL IN LIFE with the aim of raising the awareness about donation and transplantation of organs, is this year’s friend of the Festival. In the last three years, the number of donors in Serbia has tripled, yet a new Law on transplantation is still pending, whilst thousands of people have been waiting for years for a new liver, kidney or heart”, emphasized Berić.

For the second year in row, the Festival KROKODIL is organized as part of ‘Summer in the Museum’ initiative, in partnership with Savski Venac Municipality. The main objective of the initiative is to revive the plateau in front of the Museum, enrich the city of Belgrade’s summer programme and eventually direct a specific target group towards the Museum’s programmes. In this way, younger audience, i.e. young local audience, that is very rarely visiting the Museum should be drawn to the Museum and its various contents and activities.

After ten years of working in private or rented premises, the Association KROKODIL, as credible and well-established organization, deserves to finally have its own premises. From the beginning, the main objective of KROKODIL was to inform Belgraders about new tendencies in contemporary regional and world literature and, as Milena Berić explained, “We are marking this important anniversary with opening of KROKODIL’s Centre for Contemporary Literature, where our future activities will be organized. At last, we will have our own premises, that will be self-financed and will enable us to become self-sustainable. We would, therefore, like to invite you to visit us in Sava Mala, at male stepenice 1a, as of 15th July”.

Berić also added that this will be the last Festival in this format, and that already next year the organisation of the Festival will be different.

“In future, we would like to bring renown writers from the world literary scene, which will significantly transform the Festival. These changes imply new forms of production. This year, we used our saving to organise the Festival, and it is extremely difficult to organise an event of such scale and importance with such limited budget. As of the next year, we will introduce Festival tickets at symbolic price, in return for which we will endeavor to secure high-profile guests who have never been in Serbia before”, concluded Berić.

The other part of KROKODIL Festival, i.e. its debate programme, taking place in the Centre for Cultural Decontamination as of 16th June, will be divided into three units. The first unit, ‘Who gives a f… about books?’, will be a product of close cooperation between KROKODIL and Versopolis, an online platform for the promotion of European poetry. The second debate is inspired by Ranko Bugarski’s book ‘Do you speak common language?’, that evolved from the Declaration on Common Language and the third debate ‘Filter Yugoslavia’ will also serve as an homage to Predrag Lucić, who recently passed away.

Following the project “Languages and Nationalisms”, dedicated to a complex issue of the existence of four political languages in the region, and its grand finale – the Declaration on Common Language, developed by 30 linguists and other experts and signed by some 10.000 people from throughout the region – the Association KROKODIL has initiated its new project, entitled “Who Started First? – Historians Against Revisionism”, that was presented by historian Dubravka Stojanović. 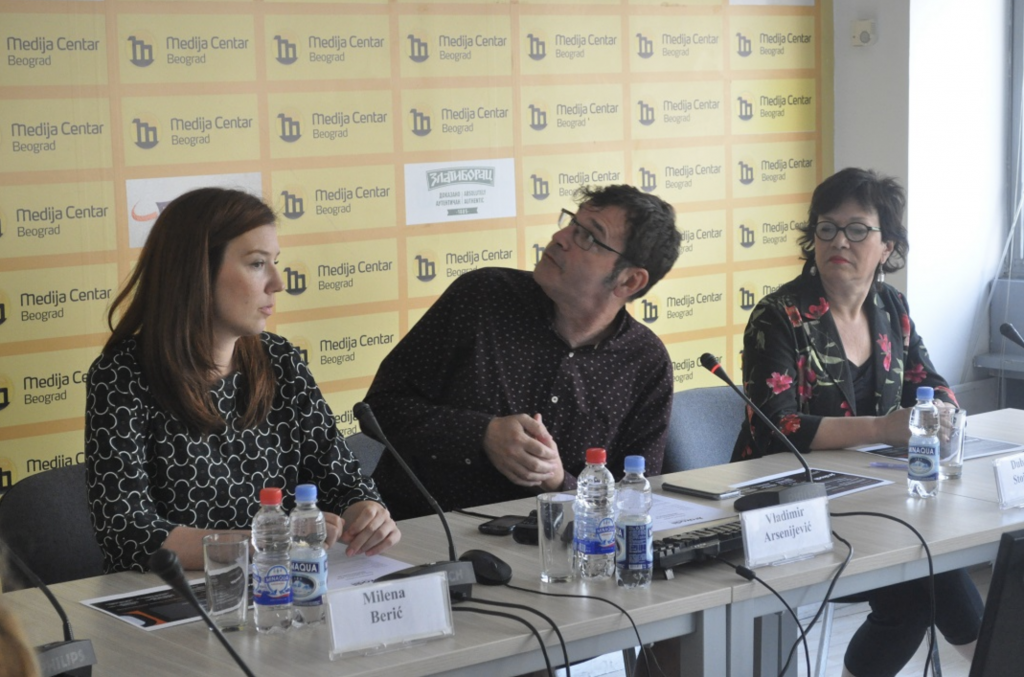 She clarified that the project will be implemented over the period of three years, and that the Yugoslav wars have shifted into the realm of history.

“If you look at various crises between our respective countries that not only emerged, but have been intensified in the past few years, you may notice that they typically occur around celebrations or commemorations of particular events or dates. Whether it is Jasenovac, Srebrenica, Oluja or the processes of rehabilitation of Draža Mihajlović and Milan Nedić, they all continue to keep our states, as well as our entire societies, in a constant state of conflict”, opined Stojanović. She also added that the project was born out of “revolt” of a certain number of historians from the region.

“With this, we are defending our scientific discipline that has been heavily abused. The wars of 1990s were manufactured out of historical revisionism. First, the history was changed in order to create psychological basis that enabled a shift from brotherhood and unity to enemies”, concluded Stojanović, adding that the project will be launched with a large conference, on 17-18th June, in the Centre for Cultural Decontamination.

The project is supported by the European Union, and will be implemented in close cooperation with forum ZFD Serbia.