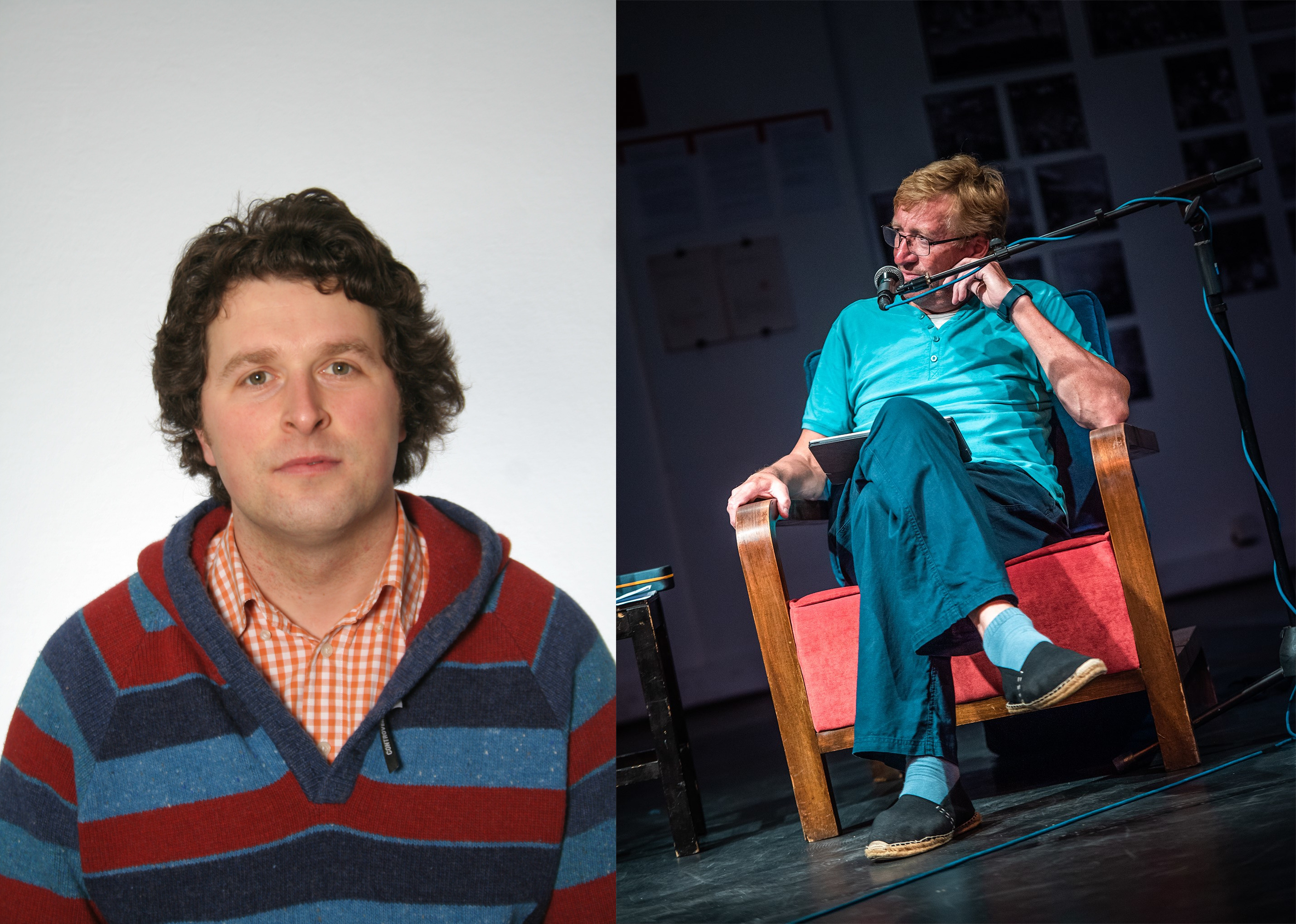 Posted at 10:29h in Uncategorized by istoricari 0 Comments

Edin Omerčić and dr Božo Repe are the 86th and 87th guests of KROKODIL’s Writer-in-residence as part of the project Who started all this? Historians against revisionism.

The main goal of the two-week residential programs within the project Who started all this? Historians against revisionism is to enable historians from ex-Yugoslav republics to use documents from state archives in Belgrade. Namely, after the disintegration of Yugoslavia, the entire archive material on that country’s history remained in Belgrade which presents a great problem for all the researchers dealing with the period from 1918 to 1991. This especially concerns analyses of Yugoslav foreign policies which are impossible without access to Archives of Yugoslavia and Archives of the Ministry of Foreign Affairs.

Following the project Languages and nationalisms, Association KROKODIL started a new project titled Who started all this? Historians against revisionism. The main goal of this project is to create a space for historical and intercultural dialogue by creating a network of historians, writers, journalists, students and wider public which would eventually contribute to conflict resolution, mutually respected historical narratives (if shared are not possible) and to more inclusive culture remembrance. The project’s activities will result in the creation of a sustainable platform that would allow mutually acceptable interpretation of events of the recent and more distant past through the method of multi-perspective historical narrative.

Edin Omerčić was born in Pula in 1981. In 2007 he graduated at the Department for History, Faculty of Philosophy in Sarajevo where he also defended his Master’s thesis Bosnia and Herzegovina in political representations of the intellectual circles 1991- 1996. in 2013. In 2015 he started his PhD studies in Modern and contemporary Croatian history in European and global context at the Faculty of Philosophy, University of Zagreb. He has been employed in Institute of history in Sarajevo since 2008 as associate for modern history, and in 2013 he was chosen a senior associate. Since 2017 he has been one of  the editors of the magazine for literature and social issues Behar, KDBH Preporod, Zagreb and editorial member of the bimonthly KDBH Preporod Preporodov Journal, Zagreb.

Dr Božo Repe was born in 1956 in Spodnje Gorje near Bled, Slovenia. He is a Professor of Contemporary History at the Faculty of Arts in Ljubljana. Between 1999 and 2000, he was Head of the Department of History. Since 2009, he has been the project manager of the group Slovene History. His research area includes contemporary Slovene, Southern Slavic and Central European history. He also deals with the issues of history lessons in schools. He is the author or co-author of 19 scientific and 6 professional monographs, and more than 40 original scientific articles. His articles and books were published in different languages in more than 16 countries. He was a visiting professor at Vytatus Magnus University in Kaunas, Lithuania, and he delivered guest lectures at other universities and institutes, such as the Universities of Vienna, Bratislava and Graz, Charles University in Prague, the Norwegian University of Science and Technology in Trondheim and Jagiellonian University in Kraków. He has often done research at the institutes ÖsterreichischesOst- und Südosteuropa-Institut in Vienna and Institut d’histoire du temps présent in Paris. He is a columnist for the Mladina magazine.