HISTORIANS FOR PEACE CONFERENCE AT THE 13TH KROKODIL FESTIVAL 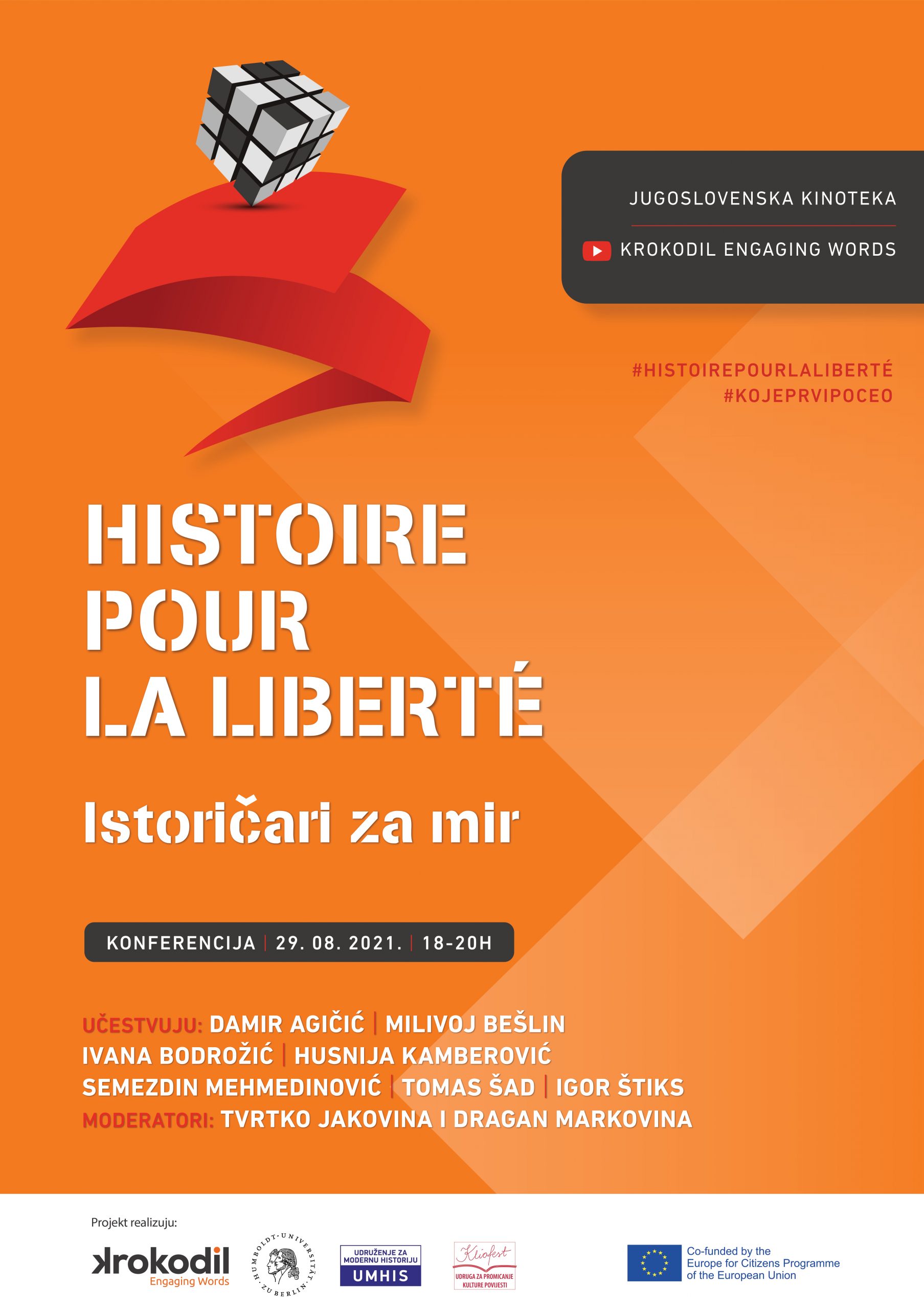 12 Aug HISTORIANS FOR PEACE CONFERENCE AT THE 13TH KROKODIL FESTIVAL

Posted at 14:30h in Uncategorized by istoricari 0 Comments

On Sunday, August 29 at 6 pm, conference Historians for Peace will take place at the Center for Cultural Decontamination as part of the 13th edition of KROKODIL Festival.

After the successful realization of the project Who started all this? – Historians against revisionism which gathered some of the most prominent historians of the post-Yugoslav region with the intention to actively fight against revisionist tendencies in regional historiographies, and whose main result is the Declaration Defend History, Association KROKODIL continues the discussion on the importance of multiperspective historiographies and participatory cultures of remembrance through the project Histoire pour la liberté.

The activities of the project will take place during 2021 through conferences, round tables and lectures in Serbia, Bosnia and Herzegovina, Croatia and Germany. The main goal of this project is to introduce the experiences of the European Union, primarily with the reconciliation of conflicting historical narratives, but also with shared history and common European values, to the citizens.

By marking events in recent European history, such as the reunification of Germany and the democratic transition of Central and Eastern Europe, but also by correlating them to the breakup of the SFRY, this project aims to stimulate debate and reflection on a common culture of remembrance, peace and tolerance, and exchange of experiences and perspectives, in order to further emphasize the dynamic character of European memory

During the third evening of the KROKODIL Festival, that takes place on Saturday, August 28 starting from 8 pm at the amphitheater in front of the Museum of Yugoslavia, historians Tvrtko Jakovina, Dubravka Stojanović and Ruža Fotiadis, as well as historian and author Dragan Markovina will introduce the Histoire pour la liberté project and announce the Historians for Peace conference.

On Sunday, August 29 at 6 pm at the Yugoslav Film Archive, writers Ivana Bodrožić, Semezdin Mehmedinović and Igor Štiks, as well as historians Damir Agičić, Husnija Kamberović, Thomas Schad and Milivoj Bešlin will talke about the responsibility of historians and non-historians in creating historical narratives and politics of memory. The conversations will be moderated by Dragan Markovina and Tvrtko Jakovina.