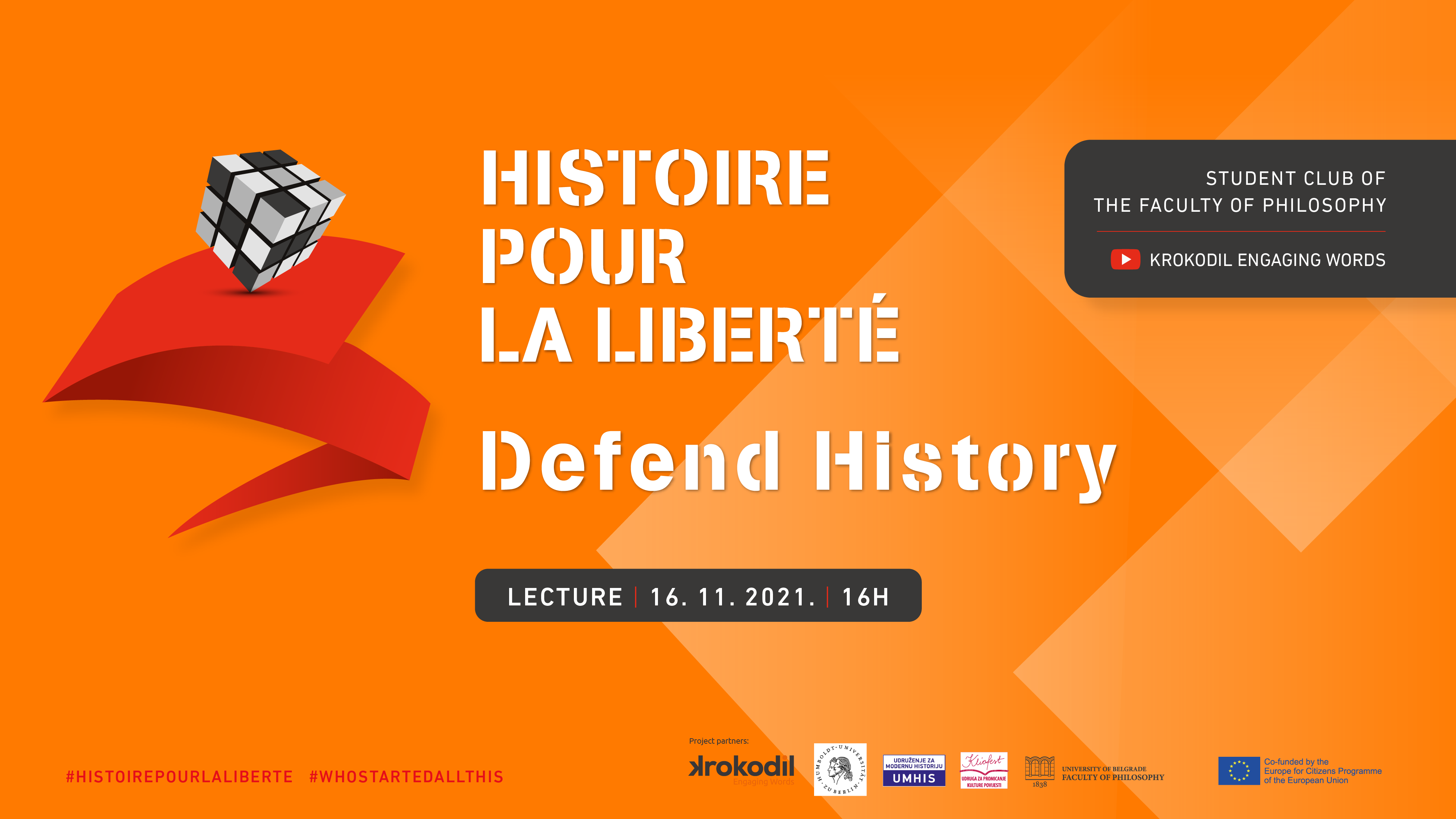 Posted at 13:47h in Uncategorized by istoricari 0 Comments

On Tuesday, November 16 at 4 pm in the Student Club of the Faculty of Philosophy in Belgrade (Klub studenata Filozofskog fakulteta) and via live stream, a lecture entitled Defend History will be held as the last activity of the project Histoire pour la Liberté.

By marking events in recent European history, such as the reunification of Germany and the democratic transition of Central and Eastern Europe, but also by correlating them to the breakup of the SFRY, the project aims to stimulate debate and reflection on a common culture of remembrance, peace and tolerance, and exchange of experiences and perspectives, in order to further emphasize the dynamic character of European memory.

After successful conferences held at Humboldt University in Berlin, as well as within Kilofest in Zagreb, History Fest in Sarajevo and KROKODIL festival in Belgrade, the discussion on the importance of multiperspective historiography and participatory culture of remembrance will be continued through the lecture Defend History.

Participants in the lecture will be: Thomas Schad (Germany), Damir Agičić (Croatia), Husnija Kamberović (Bosnia and Herzegovina), Dubravka Stojanović and Milivoj Bešlin (Serbia). The event is being realized in partnership with the Faculty of Philosophy in Belgrade. Audience will be able to follow the discussion live, as well as via livestream on the YouTube channel Krokodil Engaging Words.

The project Histoire pour la Liberté started after the successful realization of the project Who started all this? – Historians against revisionism, which gathered some of the most prominent historians of the post-Yugoslav region with the intention to actively fight against revisionist tendencies in regional historiographies, and whose main result is the Declaration Defend History.